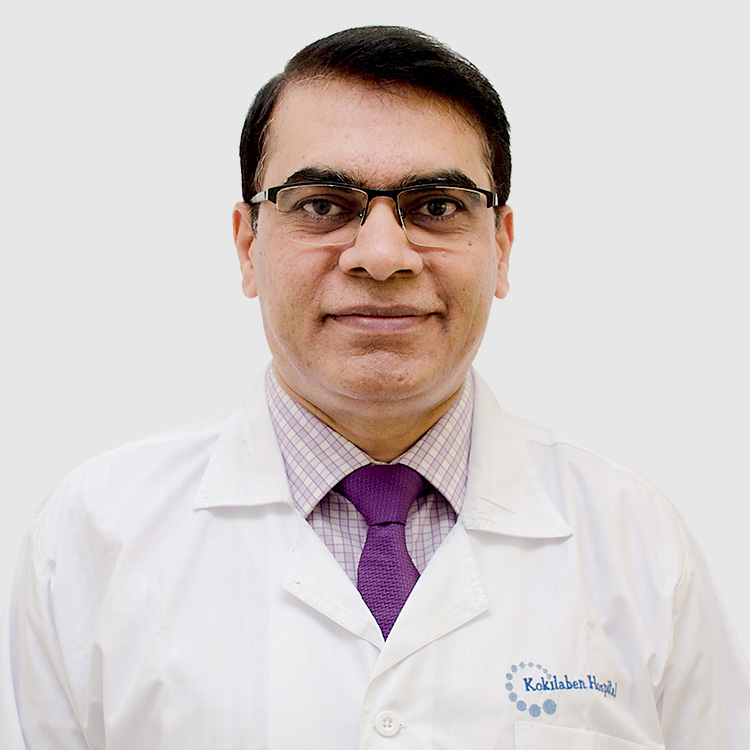 Dr T B Yuvaraja is currently working in specialized area of managing urological cancers. He got his training and experience from prestigious Tata Memorial Hospital, Mumbai where he worked as Associate professor. Dr. Yuvaraja has been credited to more than 2100 robotic Uro-oncological procedures, the results of which are comparable to international standards. He particularly manages cancers of the prostate, kidney, urinary bladder, testicles and penile.

He has received various International and National Fellowships. The Chakraborty Fellowship in Robotic Surgery offered by the Indian American Urological Association which he did at the University of Texas Health Science Center, San Antonio, Texas, USA, the Detroit Fellowship and the Hargobind Fellowship at MSKCC, New York, USA

He has participated as a Principal Investigator in 8 Clinical Trials addressing important clinical questions like the role of therapeutic and prophylactic groin node dissection in clinically N 0 stage in cases of Cancer Penis. He has also been involved as a co-investigator in 16/20 basic and advanced Clinical Trials.

He was one of 20 members of the prestigious International Consultation on Urological Diseases (ICUD) which is an International Committee to create guidelines for management of penile cancer. He has presented Scientific Papers and Posters in various International and National Conferences organized by the American Urology Association, Asian Congress of Urology and so on.

He is one of the founder member and secretary of Robotic Urology Forum, which is a national society of robotic urologists of India. He is instruments in organising various scientific meetings about urological cancers and robotic surgery. He is teacher for diplomate of national board teacher training urologists and also fellowship director for robotic urology fellowships.

He has been invited as guide and proctor to mento robotic surgeries in various hospitals in India.

He has been associated for training a number of new doctors in robotic surgery as well as doing proctorships/mentorships in new hospitals who acquire the Da Vinci Robot.

Dr T B Yuvaraja has performed over 8000 Major and Supramajor Uro-Oncology Surgeries at Kokilaben Hospital including over 2100 Robotic Surgeries with excellent outcomes. He was instrumental in setting up the Robotic Surgery Program at the Hospital in June 2012 and Second state of the art Xi Robot in 2017.

360 patients have undergone Radical Cystectomy (Removal of Urinary Bladder for Cancer) with Studer Neo Bladder or Ileal Conduit done by Open and Robotic (240 cases) methods with mortality of 1-2% and morbidity of 10%. He is credited with doing the highest number of Robotic Radical Cystectomies and Intracorporeal Urinary Diversion in India. He has a special interest in managing Cancer Penis and Testis and has treated more than 450 such cases by both open and robotic method.

His work on Robotic Inguinal Lymph Node Dissection for Cancer Penis has been presented at the Annual Conference of The American Urology Association in 2013.

Dr. Yuvaraja has 24 research projects to his credit. He has 88 publications in National & International Journals.

Mrs. XYZ, a 52 years old female suffering from chronic kidney disease for a long time was found to have tumour in her kidney. She was advised removal of the tumour bearing kidney which put her into the risk of permanent dialysis in the future by open surgery. The outcome of the surgery with respect to permanent dialysis shocked her and went into depression. After multiple consultations she came to us where she underwent thorough evaluation. We advised her to undergo robotic partial nephrectomy which can save the kidney with minimal pain and scarring by robotic method. She underwent surgery in a minimally invasive way using the robot where only the tumour was removed saving the remaining kidney. She recovered well with no risk of future dialysis. After one year of surgery she is healthy with stable kidney function and enjoying an active life.

Mr. ABC, a 48years old smoker with complaints of blood in urine was investigated and found to have a tumour in his bladder. At his home town, as the tumor was very big, he was advised removal of his bladder surgically by oprn technique which would have also resulted in decreasing his sexual function and a permanent urinary opening (stoma) on his abdomen with urine collecting bag. The patient was devastated with the idea of losing potency at such a young age. When he came to us we evaluated him and he underwent surgery in a minimally invasive way using the robot in the form of robotic radical cystectomy and reconstructing entire new bladder with intestine.. The patient did recover well after the surgery and recovered his potency in 3 months to lead an active family life. He passes urine in a normal way and has no opening on his abdomen and his body image is preserved. He is extremely happy now.