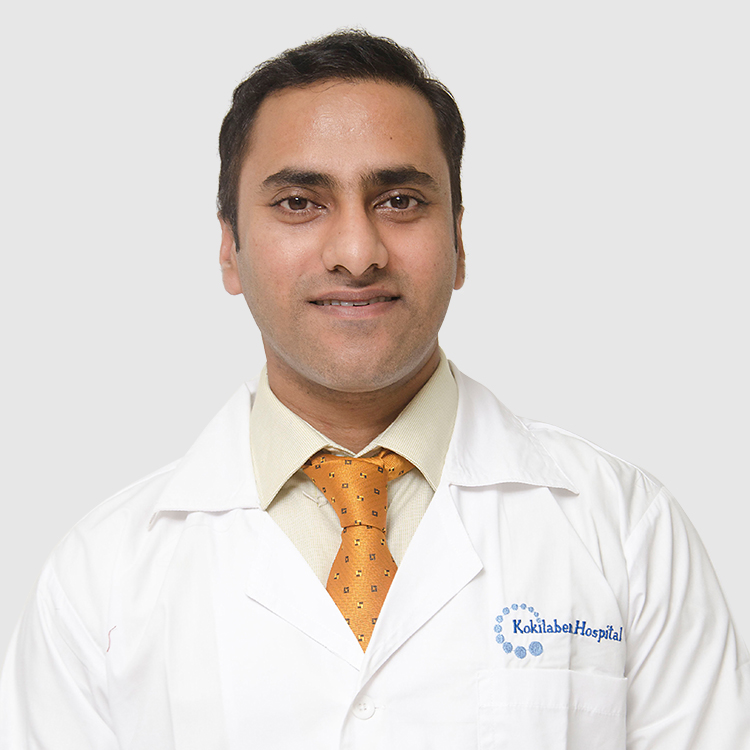 He has also been involved in basic science research in paediatric orthopaedics. His aim is to develop good paediatric orthopaedic service in an academic set up in India. He would like to conduct translation research and continue research related to orthopaedic practice. He has completed the educational activity “Crawford Lectureship in Pediatric Orthopedics” at Cincinnati Children’s Hospital Medical Centre conducted by esteemed Dr Alvin Crawford.

Use of LIPUS in fracture healing -1st in India

Krishang was 13 years old when he sustained fracture of lower end of Humerus ( Arm bone). Like any other child he underwent standard procedure of fracture fixation as the fracture was widely displaced. 2 years back in May 2019, when I attended Master Krishang in Accident & Emergency department I never expected that the fracture of this bone would behave unusual.

The next day Krishang’s fracture was fixed with a plate and screws and the surgery went well. He was discharged after 2 days and was regularly following up in OPD. I was happy with the progress of Krishang’s rehabilitation and the fracture healing. He started using his arm and carrying out his daily activities. At 6 months follow up I was surprised to notice that the healing is not progressing further and bone union is yet to complete. This usually doesn’t happen in children as the fracture healing is very fast due to robust blood supply and thick periosteum (a layer of sheath that protects & covers the bone). However, Krishang was doing well and he was asymptomatic. I decided to wait and give the physiology of his body to act at its pace but at the same time I was deeply thinking and seeking all the answers to the probable causes for hindering the fracture union process in this case. To my surprise Krishang presented with another fracture of same bone at different level but this time it was on opposite side. This fresh fracture was a clue to all my questions which I was asking myself what could be the reason of his previous fracture not healing in time. In spite of giving bone strengthening medication Krishang continued to sustain a fresh fracture, and his body took longer time to complete the union of the fractured bone for which he underwent surgery. The recent fracture was near to the growing end of the bone and was managed conservatively with a plaster cast.

At about 9 months post surgery I discussed with Krishang’s parents that it is the time to intervene to accelerate the fracture union. They were very cooperative and they rested the appropriate decision in my hands for the good cause. I explained them about the LIPUS ( Low Intensity Pulsed Ultrasound ) therapy. They immediately agreed and gave the consent to proceed.

Ultrasound bone healing is a safe and non-invasive that accelerates the healing of a fractured bone. This is based on Wolf’s law that “mechanical stress is responsible for determining the architecture of the bone”. LIPUS accelerates the healing of the fractured bone by mechanical stimulation caused by ultrasound thereby increasing the blood supply to the fractured site. This method and device is commonly used in Japan for delayed healing of fractured bones. It was used for the first time in India by me (Dr.Basa) at Kokilaben hospital, Mumbai. I discussed this case with doctors in Japan using this method and fortunately the device which was earlier unavailable was available in India at that time. I grabbed the opportunity, went through the legal procedures and started using it on Krishang’s bone. Amidst of Covid-19 Pandemic the company executives cooperated and did the needful. In spite of all hindrances LIPUS was instituted and following X-rays showed satisfactory results. Finally in 6 months the fracture united completely and Krishang successfully underwent the plate & screws removal in May 2021.

I sincerely thank Krishang & his parents for their patience & having faith in me. I extend my gratitude to Dr.Titebe from Japan for his timely guidance and the team of Accellus Sigmax for their cooperation.

Indeed I must say I have learnt a lot through this case.!

Father, Shabbir Chunawala, must have never thought that his son would get his leg back…

In early January 2020, a three and a half years Abdullah Chunawala from Jogeshwari was run over by a truck on his right leg and he sustained an open compound segmental fracture of the right Tibia with a profound contaminated degloving injury.  He was brought to the Kokilaben hospital after he was advised amputation of leg at two different hospitals in Mumbai.

Dr.Vikas Basa examined the child in the ER, immediately started the crush protocol and explained the parents the severity of the injury, treatment protocol and re-assured the parents that there can be a possibility to salvage his limb with the risk involved.The vascular and plastic surgeon opinion was sought and after confirming the blood flow to the leg he was rushed to the operating room.

Dr.Vikas thoroughly debrided his contaminated degloving wound and temporarily stabilized the segmental fracture with an external fixator. Multiple debridements were done and a vacuum assisted closure dressings were applied till the contamination was completely washed away. Appropriate antibiotics were started to keep the infection under control. Plastic surgeon covered the exposed bone with the available muscle, subsequently the external fixator was removed and an intra medullary rod was inserted. Now the fracture stability got improved. Meanwhile Abdullah was constantly under the rehabilitation program to improve his muscle power that would help in standing and walking. Once the skin graft healed well he was given a brace to protect his leg. After a one month long struggle in the hospital he was discharged with a proper care explained to the parents to be taken at home. At follow up Dr.Basa was finally happy to see  Abdullah bearing weight on his right leg as the fracture started uniting well. He was completely satisfied of taking up the challenge to save Abdullah’s leg. Dr.Basa appreciates the child’s patience and the parents cooperation.

He sincerely thanks all the supporters who came forward to help Abdullah’s treatment in the hospital and outside. He extends his gratitude to the plastic surgeon colleague and the infectious disease specialist without whose help this challenge would not have been possible.

Master Abdullah Mansuri, a 10 year old boy was detected with developmental dysplasia of the right hip at the age of 7 years. He had already undergone surgery elsewhere. The hip dislocation was corrected but he soon started developing deformity in his upper thigh and has difficulty in walking. He had undergone another surgery after one year at the same hospital, however, there was no improvement. His walking pattern had not improved and subsequently developed limb length inequality thus continued to have limping with a deformity (outward bony bump) in his upper thigh.

Finally in March 2019, father brought him to Kokilaben Hospital, for paediatric orthopaedic evaluation to seek Dr. Vikas Basa's help for his growing child.

Dr. Basa examined the child, recorded his walking pattern, studied his previous surgery details done outside. He found that the osteotomy done in the proximal femur did not remodel to its original status but went on to develop a deformity. It very unusual to come across such finding in a growing bone where there is a good potential to bone remodelling for the child's age.

This was explained to the father and a corrective osteotomy to resolve this problem was suggested. Master Abdulla underwent surgery one month later in April 2019 in KDAH by Dr.Vikas Basa. The previous implant was removed, deformity was corrected and an extra bone coverage was given to the hip joint to prevent future hip dislocation. After 6 weeks of bed rest, he underwent rehabilitation programme for strengthening of his hip muscles and walking training. Post surgery not only his deformity got corrected but also regained his leg length  and improved walking.

“Doctor, now my son walks normal like before.” This was the father’s first comment on follow-up visit.

Deformity  corrections are one of the most rewarding surgical procedures in terms of patient satisfaction. Story doesn’t end there, Dr. Basa continues to observe the child till his skeletal maturity.