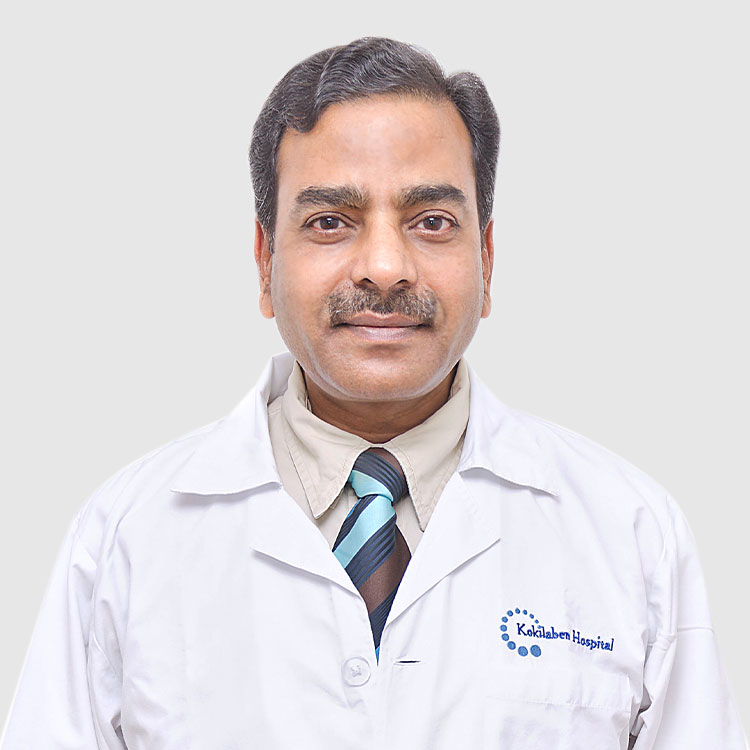 Dr Subhash Agal had done his DNB (Gastro) under able guidance of Late Dr H G Desai who was a doyen in the field of Gastroenterology. Subsequently he under acquired endoscopy skills from the best in the field. He has been practising gastroenterology for more than 29 years, and in the process alleviated the sufferings of lakhs of patients. His clinical acumen is equally admired by the doctors’ peer group. He figured in the list of 10 best gastroenterologists in Mumbai in the year 2009 as per the survey conducted among the peers by an independent journal.

I do my best in clinical practice, and leave the rest to the God

All kinds of interventional gastro-intestinal endoscopies, capsule endoscopies, enteroscopies and fibroscan of liver. High level of skill in diagnosis and treatment of all kinds of gastrointestinal, gall bladder and biliary, pancreatic and liver disorders.

Dr. Subhash Agal has more than 29 years of clinical experience in Gastroenterology and GI Endoscopy. He was Head of Gastroenterology Centre and guide for post-doctoral course in superspeciality degree of Gastroenterology (DNB Gastro) at Jagjivan Ram Hospital, Mumbai Central for six years. His special field of interest is Interventional GI Endoscopy which includes Luminal as well as Biliary and Pancreatic Therapeutic Endoscopies. Endoscopic Pancreatic Necrosectomy for Infected Necrosis of Pancreas is one such complex therapeutic procedure with excellent outcomes  in his expert hands. Dr. Agal has routinely performed ERCP for very demanding procedures like CBD Stone Removal, CBD Stenting, Pancreatic Duct Stone Removal and Stenting, and for placement of self-expandable metallic stent in inoperable esophageal, pancreatobiliary and gall bladder malignancies. He is also dexterous at other intricate interventions related to upper GI endoscopy and colonoscopy like dilatations of strictures, polypectomies, variceal banding and glue injections, achalasia dilatation etc.

He is also very competent to do paediatric endoscopies – both diagnostic and therapeutic. He has done the maximum number of paediatric endoscopies in Western India. Variceal banding, sclerotherapy, foreign body retrievals, polypectomies are some of these procedures which are routinely performed by him with excellent outcomes. He has done numerous percutaneous endoscopic gastrostomies in infants and children who fail to thrive because of congenital abnormalities of oral cavity, congenital heart diseases, neurological defects etc. The PEG procedure has been done by him successfully on infants weighing as little as 3 kg.

Dr Agal has performed more than 23000 endoscopic procedures of all kinds (age group 2 months to 98 years) during his tenure at Kokilaben hospital since the year 2009. These also include some of the most complex endoscopic procedures like pancreatic necrosectomy, pseudocyst drainage, minor papilla PD stenting for pancreas divisum, removal of giant polyps etc.

Dr. Agal has more than 50 scientific papers in reputed International and National Journals.

A 36 yrs old women presented to Kokilaben Hospital on 23rd March 2009 with history of Recurrent Cholangitis for last six months.

She was seen by Dr.Subash Agal, Consultant Gastroenterologist at KDAH.

She gave history of episodic epigastric pain and fever lasting for 2 - 3 days each time.

An ultrsasound done 6 months earlier was reported as liver abscess and she was treated with antibiotics without any relief.

Her liver profile was normal except mild increase in enzyme gamma glectamyl transferase. Her CBC and EXR were within normal limits.

An ERCP was performed on her by Dr. Subash Agal on 25/03/09. Cholangiogram showed irregular filling defect in mid and distal CBD. After biliary sphincterotomy, basketing of CBD revealed a live leaf like reddish brown worm was identified as liver fluke or fasciola hepatica. The patient showed remarkable improvement after the procedure.

Fasciola hepatica also known as sheep liver fluke, is an uncommon worm infestation. Eggs from infected animal's feces hatch into miracidia. The latter enter the snails and develop into cercaviae which attach to the aquatic plants. Man becomes infected by consuming plants containing encysted metacercariae. They bore through intestinal wall to enter into peritoneal cavity and then penetrate the liver capsule and finally come to lie into the bile ducts where they eventually develop into adult forms.

Symptoms due to this worm could be initially due to migration of worms through the intestine, peritoneal cavity and liver.
The patient presents with fever, pain in right hypochondrium and urticaria.
Recurrent biliary colic and cholangitis are late features when worm lies in biliary ductis.
Liver pathology includes necrosis,granuloma with eosinophilic infiltrates & Charcot - Leyden crystals.

The medical treatment consists of administration of triclabendajole.