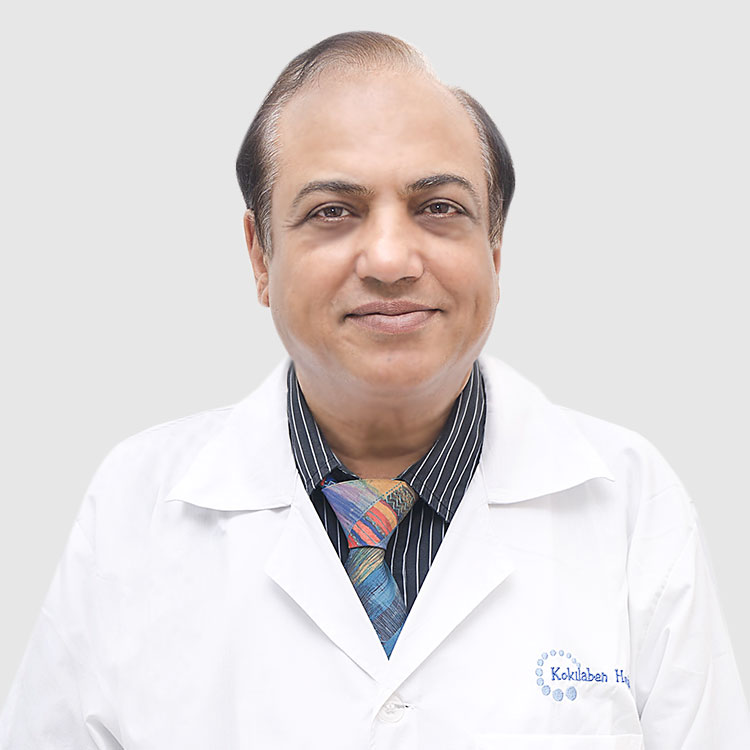 Dr Nandkishore Kapadia has over 28 yrs of experience in Cardiac surgery with over 12000 CABG and 6000+ other open heart procedures, 500+ minimally access cardiac procedures and 200+ Heart and Lung Transplants, 160+ ECMO and VAD implantation.

His past associations have been with University Hospital, Caen France as Director of Heart Transplant Programme, Head of unit At BM Birla heart research centre, Kolkata, Director with Indo-American Heart Centre, Indore and Kolkata. Full time surgeon with Dr. L.H. Hirandani Hospital, Powai, Head of the department with Fortis, Chennai, and Senior Consultant and Head Department cardiac surgery both Adult and Paediatric Unit at Global Healthcity and Hospital Chennai from where he came and joined as Director of Heart and lung Transplant Programme & Head Adult Cardiac Surgery.

He has published many articles on both Paediatric and Adult Heart Surgery.

His landmark articles in prestigious Annals of Thoracic Surgery on Minimally access Cardiac Surgery has changed the management of some the congenital Heart surgery and CABG. His modified techniques of Aortic root enlargement was presented at Chicago in ACCP conference and published in Chest and is well accepted as nouvelle technique.

While at BM Birla and developed a large volume Beating heart CABG and minimal access cardiac surgical programme. He helped Institution to get affiliated to Cleveland Clinic Foundation in 2002. With Fortis, Chennai, Dr Kapadia developed a large volume ECMO, VAD and Heart Transplant Programme. As a Member of Advisory board on Organ Sharing network, Chennai, Dr Kapadia played an active role in bringing Chennai on world map for Heart and Lung Transplant. His Tenure at Global Hospital from April 2013 till February 2015 was marked by a large number of successful Heart and Lung transplants, implantation of VAD and an active ECMO unit.

Dr Nandkishore Kapadia is awarded Honorary Doctorate (PhD) by Victoria Global University of British Island and Excellence in Cardiac Surgery. The same was presented by Minister of State social affairs, Mr Athavale in New Delhi at India International Centre. This Prestigious award was started by NIER Delhi and supported by many media barons and big Industry houses. He was the only Cardiac Surgeon from Western India, Mumbai and Rest of India

Dr. Kapadia has also been awarded Prestigious Mayor choix de Chirurgien by Mayor of Paris, Honorary fellowship by French Society of cardiothoracic Surgery, Special award by Mayor of Philadelphia, USA for contributing to development of social networking through Gift of Life International Philadelphia for increasing Organ donation awareness and utilization.

He introduced first Green Corridor for Heart Transplant in Chennai , the very first in India. He did first landmark intra-myocardial Stem cell Therapy for Heart failure, the concept is now approved by US FDA. His project on Stem cell growth under Microgravity created a new concept for improved culture results, protocol was funded by DRDO Govt of India, Temple University Philadelphia USA.

He is currently developing technique for implantation of mini-Transport ECMO. He has several national and International Presentations and Publications. He is visiting Professor to many European , USA , African and Asian Universities .