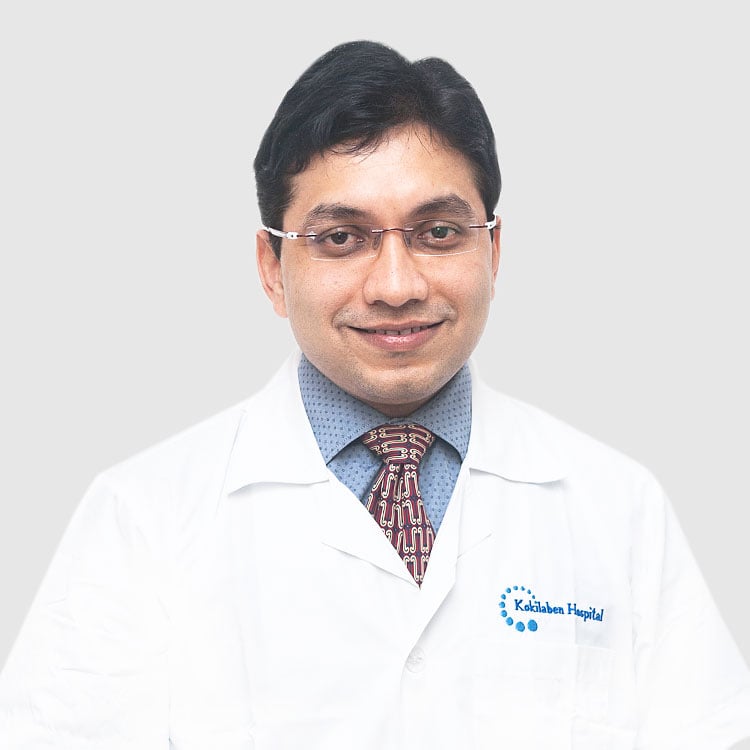 Dr Abhijit Pawar has 15 years of experience in Orthopaedics and Advanced Spinal surgeries. Dr Abhijit Pawar finished his Spine and Scoliosis surgery fellowship at the Hospital for Special Surgery (HSS) in, New York, United Stated from 2010-2012. HSS is well known Hospital for Orthopaedics and Spine Surgery in USA . He has worked with world renowned spine surgeons during his tenure.

I believe Medicine is branch where Patients come first. Mobility is life. With advances in medicine the average life expectancy is increasing. With increasing life expectancy problems related to aging are also on the rise. Hence in recent Years we see that that there is surge in number of spine problems. My Mantra is safe spine surgery with the most advanced technique and predictable results. The goal is regain mobility in all ages and make them pain free

Dr Abhijit Pawar has 15 years of experience in Orthopaedics and Advanced Spinal surgeries.

Dr Abhijit Pawar finished his Spine and Scoliosis surgery fellowship at the Hospital for Special Surgery (HSS) in, New York, United Stated from 2010-2012. HSS is well known Hospital for Orthopaedics and Spine Surgery in USA . He has worked with world renowned spine surgeons during his tenure.

Dr Abhijit Pawar got extensive training for 2 years in Spinal deformity and minimally invasive Spine Surgery. He was actively involved in more than 2000 Spinal Surgeries at HSS.

In 2009-2010 Dr Abhijit worked as a fellow in Spine surgery at University of Montreal Canada with Dr Hubert Labelle who heads the Spinal deformity study group in Canada.

In 2012-2013 he worked at the Albert Einstein School of Medicine in New York and Specialized in Paediatric Spinal Surgery. He actively performed more than 500 paediatric scoliosis surgeries. He also specialized in minimally invasive scoliosis correction.

After return from USA, he has performed more that 2000 Spinal surgeries in India.

13 year old girl presented to KDAH with history of Spinal deformity. She came with complaints of worsening for spinal deformity, rib hump and breast asymmetry. Scoliosis is a medical condition in which a person's spine has a sideways curve. The curve is usually "S"- or "C"-shaped. Scanogram X-ray of the Spine was done which showed severe spinal deformity with the main curve of thoracic spine measuring about 85 degrees. The proximal thoracic curve and the lumbar curve where also significant (structural) and measured about 36 degrees. MRI Scan of the whole spine was done and it showed a large cystic cavity in the spinal cord (syrinx) with herniation of the brain at the cranio spinal Junction. This is called as the Arnold Chiari Malformation. She also had hydrocephalus. Scoliosis associated with Arnold Chiari malformation is subclassified as "syndromic scoliosis". 13 year old female child with scolosis. She presented with worsening deformity and rib hump.

What Is a Chiari Malformation?

The Surgery: The Surgery is these patients are associated with significant risk of getting paralysis. The Surgery was planned in stages by Dr Abhijit Pawar. At stage one the decompression of the cranio vertebral junction (foramen magnum) was planned to remove the outflow obstruction to the cerebrospinal fluid. Surgery was done under neuromonitoring successfully. The child was observed for serial follow up for six month and the MRI was repeated at the end of 7 month. The follow up MRI showed the syrinx had significantly decreased in size.

The final scoliosis correction was planned. The major thoracic deformity and other 2 curves were corrected under precise neuromitoring. MEP and SSEP were monitored by the neurophysician continuously to ensure the patient does not get paralysis. All pedicle screws were placed on the concave side of the deformity and alternate on the convex side. Computer guided navigation techniques were used for placement of pedicular screws which ensure safe placement and minimal exposure to radiation. Precautions were taken to minimize the blood loss. The surgery was complete in about 5 hrs and the patient was shifted to recovery room in normal neurological condition. The pain was controlled post operatively by the expert pain management team at Kokilaben. The next day in the morning the child was made to sit and stand bed side. Active physiotherapy and walking was started on day 2. On 4 th post operative day the child was discharged. The child started going to school 1 month post surgery. She is not active and gets involved in sports 4 month post surgery.

Background: The female had severe back pain and bilateral leg pain. She was 150 kg in weight and mostly confined to the bed because of pain. She had multiple medical problems like Obstructive Sleep Apnoea. She could not lie down comfortably due to pain. The patient could hardly walk due to pain and weakness. Crippling back pain and leg pain throughout the day and more in the night made her life miserable. Patient used to spend several nights without sleep.

Diagnosis: X-ray showed Spondylolisthesis at L5-S1 i.e. slippage of vertebrae over each other. MRI showed Lumbar Spinal Stenosis i.e. severe narrowing of spinal canal. It was clear that she needed surgery to treat the problem. Doing open spinal surgery would be associated with huge risk due to medical problems. It would also increase the risk of infection and blood loss.

Due to disability from crippling back pain and leg pain, minimally-invasive fusion was planned. Doing minimally-access surgery in such morbidly obese patient was a difficult task. Special long instruments for the surgery were made ready and the surgery was planned.

Minimally-Access Surgery: Guide wires were placed under fluoroscopy control. Position of guide wires was confirmed on X-ray. With tubular retractors decompression was done and interbody fusion was done. Minimally-invasive PLIF was done successfully by Dr Abhijit Pawar. The procedure was complete in 2.5 hrs with almost no blood loss.

52 years old Male Mr Pravin Pawar had a large tumour in his sixth thoracic vertebrae. He had weakness in legs as a result of the tumour compressing on the spinal cord.

Investigations were done at Kokilaben hospital showed large haemangioma in the 6th thoracic vertebrae. Haemangioma is a vascular tumour with rich blood supply. Removing a haemangioma in vertebral body has a risk of torrential bleeding and death. There was also a risk of spinal cord injury and complete paralysis.

Praveen came with some hope at Kokilaben after several opinions.

Investigations were done and surgery was planned in stages.

Stage 1: The interventional radiologist embolized the tumor on Day 1. Complete embolization of all vessels was done.

Stage 2: The decompression and excision of sixth thoracic vertebrae was planned. The vertebra was approached from the posterior approach. Verterbrectomy of thoracic 6th vertebrae was done. Neuromonitoring was used in all stages to ensure safety of surgery. Cage was placed anteriorly and posterior spinal instrumentation was done. As a result of embolization there was minimal bleeding during surgery. Histopathology however showed this tumor as plasmacytoma. Radiotherapy was done. At the end of month patient had a wonderful recovery was back to walking again. With multidisciplinary approach the patient is back to walking.

Fig.1.Dislocation of C1 over C2 with spinal cord compression

Challenges in such patient

Cranio- Vertebral junction is a very precarious area with lot of vital centers of brain including the respiratory center. The dislocation was old and was a challenging task to reduce the dislocation. Parents of Akash had taken several opinion all over Maharashtra and came to Kokilaben Hospital with some hope that Akash would walk again.

Fig.2. Migration of C2 in the Cranium

The nature of complexity was discussed in details with parents. There was a risk of complete paralysis or even respiratory compromise post surgery. The surgery was planned in 2 steps

Stage 1: Transoral release of the dislocation was done along with the plastic surgery team.

Stage 2: Patient was tilted at the same day and the posterior aspect was exposed from the skull to upper cervical spine. Screw were placed in the Cranium and first and 2nd Cervical Vertebrae . Decompression of the cranio vertebral junction was done. All nerves were continuously monitored during the procedure to ensure safe spine surgery. The dislocation was reduced with rods placed between the skull and cervical vertebrae. Special care was taken not to injure the vertebral artery and other vital neural structures. Surgery was uneventful and Aakash was out of anesthesia.

At the end of one month with physiotherapy Aakash had completely recovered. He was back to school and sports. For the parents to see paralyzed Aakash walk was a dream come true. The complex spine surgery was successful with Aakash a completely normal child now.